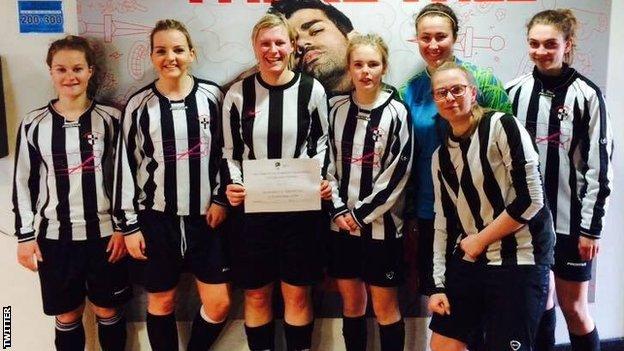 Over the weekend, 30,000 men and women of all ages played in the first knockout round of the FA People's Cup.

The competition kicked off in over 100 locations across England, where five-a-side teams battled each other (as well as the weather) over three days.

The games were given the full BBC Sport FA Cup treatment, with text coverage on Friday,Saturday and Sunday.

Players and supporters acted as roving reports as they kept the feed full of updates from the matches, and embraced the opportunity to play in their own version of the FA Cup.

Teams who were successful over the weekend will play in the semi-finals on April 24, 25 and 26.

From there, victors will continue their journey through to the final in May in hope of winning tickets to the FA Cup final at Wembley.

To see more of the conversation, visit the #PeoplesCup feed on Twitter.