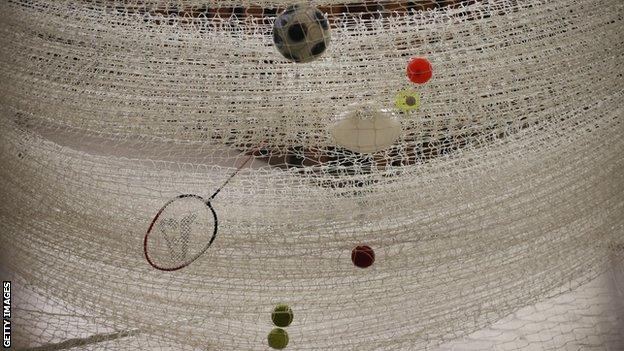 More than 1.8m people belong to sports clubs and almost three million sports competitions took place in England in 2014, according to a new study.

State of Play was commissioned to look at the impact 39 governing bodies have had in delivering sport in England.

It revealed that nine million people take part in at least 30 minutes' physical activity a week in England.

Professor Simon Shibli of Sheffield Hallam University said: "It says much about how much sport matters."

The report showed the impact of the 39 National Governing Bodies (NGBs) and was launched alongside a new chief executive officer forum which hopes to act as an independent voice to influence national and local policy on sport.

Shibli, who led the study, added: "Our research demonstrates the huge impact NGBs are making in the delivery of sport in England at community and elite level, and their growing influence in international sports administration.

"The fact that over one million more people belong to sports clubs than the combined total of all UK political party membership says much about how much sport matters to the wider population."

The study also revealed that volunteering linked to the governing bodies was worth £4.9bn in 2014, with more than 1.9m NGB-linked volunteers.

"It is also interesting to see the huge scale of sports volunteering in England, which is greater than the entire National Health Service workforce," added Shibli.

"Our research demonstrates the huge impact NGBs are making in the delivery of sport in England at community and elite level, and their growing influence."