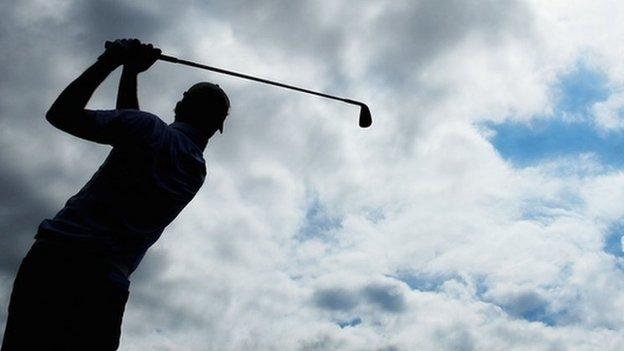 What can Scotland's number one player teach a lapsed golfer about getting back into the sport?

"Golf is one of the best games because you've got a handicap. I can be six-under par playing a guy off 18 who's seven under his handicap and I'm beat.

"That's the beauty of golf."

Speaking to BBC Sportsound producer Paul Bradley, Stephen said the main thing was "to get the passion of the game back".

"The fitness stuff just comes once you get a love for it.

"Go to the range, hit a few balls, maybe get a couple of lessons, then get back out on the turf, play nine holes."

Paul, who has just returned to the sport to improve his fitness, agreed.

He said: "My own fear I had was making a fool of myself - if I'm going out with three pals I don't want to hold them back.

"So I've found the lessons invaluable. At least I'm getting the ball off the tee."

Stephen suggested returning golfers "get back to the fundamentals".

"Get the set-up right, get the grip right, get your posture and your aim right," he said.

Paul admitted he hadn't played for about 10 years after family life had got in the way.

Stephen said: "Take the family out with you. There's not many sports you can go out and play with your kids and your wife and compete."

If you want to get back out on the green, take a look at Get Inspired's page on how to get into golf.