From a first-time runner fighting against the odds to taking part in 36 consecutives London Marathons, there were many inspirational stories from people lacing up their trainers for this year's event.

World-class runners and fundraisers took to the streets of London to take part in one of the world's most famous and colourful races.

Meet the faces behind the sweat bands as Get Inspired takes a closer look at the experience of six of the 39,000-strong field. 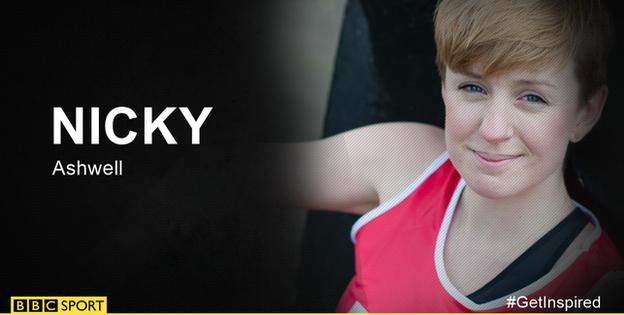 'I want to raise awareness of the problems'

Marathon motivation: Born without a right hand, Nicky, 30, was fitted with the world's most lifelike bionic hand in 2014. It means she can carry out everyday tasks with two hands for the very first time.

Nicky says: "I want to raise awareness of the problems people with disabilities can face, not in coping with their disability, but with infrastructure restrictions and society's prejudices. I'm running for Leonard Cheshire Disability because of their work to campaign for change in these areas."

"I would ideally like any funds I raise to be spent encouraging and supporting young disabled people to achieve their goals, especially in the fields of business and sport."

Target sponsorship: As much as possible 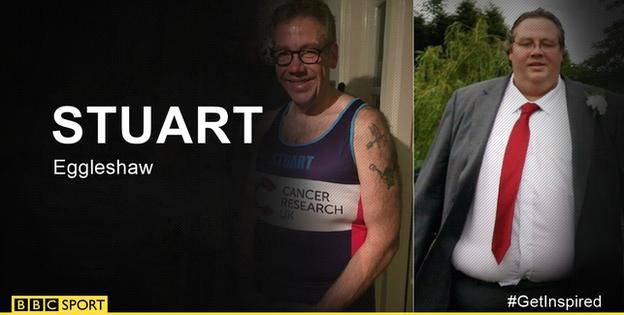 'I am absolutely happy'

Marathon motivation: After the scare of being involved in car accident, 37-stone Stuart realised he needed to do something about his weight. He joined his local slimming club and gradually started getting more active, walking with colleagues in his lunch hour to doing short jogs, then runs - and the weight started to fall off. Stuart went on to lose 22st and 9lb, but he hasn't stopped there.

He's already completed a 10K race, three sprint triathlons, a half marathon and now, at the age of 44, his first full marathon in London.

Stuart says: "To me the London Marathon is the most iconic sporting event in the country and I have a chance to show myself 'I can' and show others that it is possible and there is nothing to fear about losing weight. I no longer have to pretend I'm happy, because I am absolutely happy."

"Twenty years ago I lost my mum to pancreatic cancer and it is a great opportunity to raise money whilst remembering my mum and all that she meant to me." 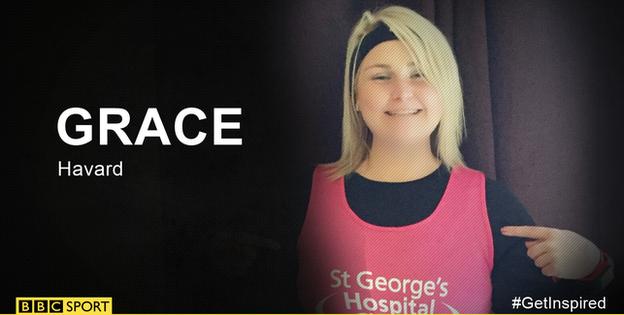 'I can't wait to cross the finish line'

Marathon motivation: In April 2014 Grace was involved in a car accident which put her in an induced coma. She had 28 broken bones, a punctured lung, her liver was cut in half, she had a fifth of her bowel removed and skin grafts on her thighs and arms. Grace, now 22, ran to raise money for those who helped her recover.

Grace says: "I went into rehab at Queen Mary's Hospital in December 2014 in my wheelchair and ran 5K within 11 days. Now I want to pay back the hospital that saved my life against all odds and got me back to fitness."

"I can't wait to cross the finish line and see everyone I love watching, knowing I have done something for an amazing cause which is so close to my heart." 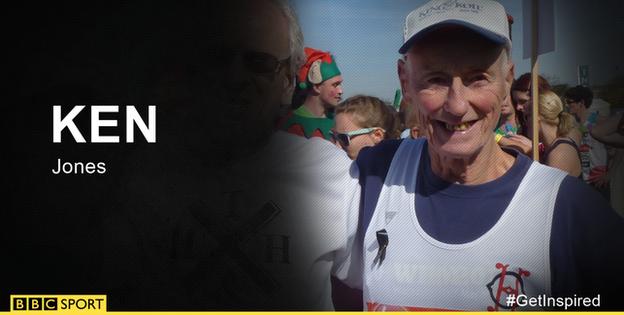 'Running is essential for a long and happy life'

Marathon motivation: 82-year-old Ken Jones has run every single London Marathon from the first one in 1981. He likes to inspire the older generation to run and stay healthy. He makes a point of running the race slow enough to talk to as many people as he can along the way.

Ken grew up in London and was evacuated during the war as a child. He was in and out of hospital as a youngster, and didn't take up running until he joined the army at 18.

Ken says: "I am passionate about running, and want everyone to get out there. I believe it's essential for a long and happy life." 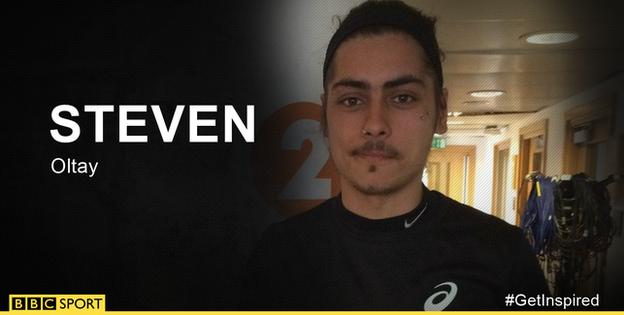 'It's been a long journey for me'

Marathon motivation: Two years ago Steven, 22, weighed just seven stone, was sleeping rough and a substance dependent, but then his life was turned around when he found The Running Charity. They work with young homeless people, providing them with a programme to help them get back on their feet by giving them a focus, a social group and achievable personal goals.

Steven wanted to repay the group by raising money for them running his first marathon.

Steven says: "I found a place where I was supported, pushed and given the tools to address the problems I faced. It's been a long journey for me but I am now housed, a healthy 12 and a half stone, no longer using any drugs and I'm now a qualified personal trainer.

"I was given the chance to turn my life around through running and fitness and without the help of The Running Charity I would not be where I am now. It's a charity with ambitions to help as many people as possible and I can't wait to help them more."

Running for: The Running Charity 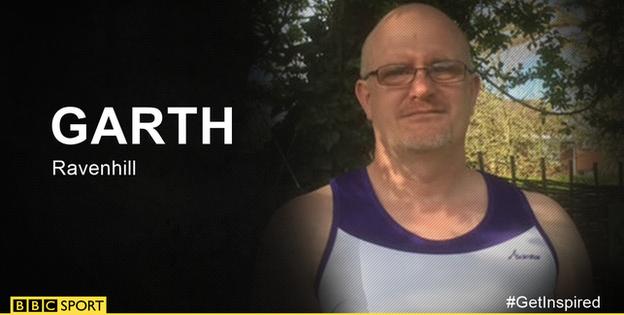 Marathon motivation: Garth Ravenhill, 44, put on his running shoes for The Cure Parkinson's Trust after he was diagnosed with Parkinson's disease seven years ago. As Garth had not taken part in any race further than 10k before the marathon he was unsure how his body would cope but was able to complete it.

Garth says:: "The progression of the disease is slow but sure, resulting in me becoming stiffer as time moves on - never mind the other symptoms.

"I want to show people that you can achieve great goals and mine is the London Marathon. I've never really run before and to do this would be a personal victory against this disease. Race day will be so exciting, mixing with fellow runners, looking at all the other charities that are being represented, as well as the professional runners. I can't wait.

"My goal is to finish in under six hours but it will depend how my disease acts on the day. But no matter what, I will finish. I promise."

Running for: The Cure Parkinson's Trust

Feeling inspired? There are events for all abilities so use this handy guide to find the best one for you.