Britain will have a Nordic skier at the Winter Paralympics for the first time in 20 years after Scott Meenagh was selected for Pyeongchang 2018. Meenagh, 28, is a double-leg amputee who was injured while serving in Afghanistan seven years ago. (BBC Sport)

From road worker to gardener to boxer

You see the hype surrounding boxing stars such as Anthony Joshua, but it's not all glitz and glam for those much lower down the rankings. Middleweight fighter Carl Dickens, 33, is laying roads in the morning and has a day job as a landscape gardener, before heading to the gym to fit in his boxing training. (Birmingham Mail) 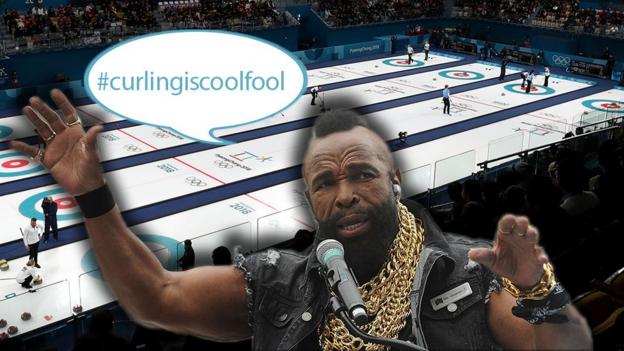 In what may be the strangest story of the week, curling has gained a new fan. Mr T, star of hit 1980s show The A-Team, has declared his love for the sport on Twitter. The former wrestler is even considering giving it a try himself. (BBC Newsbeat)

Alex Boyer and Ian Barnes are proving that age is just a number. There may be 72 years separating them, but both were winners at the Darlington Sports Winner Scheme Awards. Boyer, 11, is the the fourth fastest 10-year-old 1500m freestyle swimmer in Great Britain, while 83-year-old Barnes, a runner, holds the British record for over-80s at a mile and 3,000m. (The Northern Echo)

Do you have a story to share? Get in touch and tell us by tweeting @bbcgetinspired, visit us on Facebook or email getinspired@bbc.co.uk.