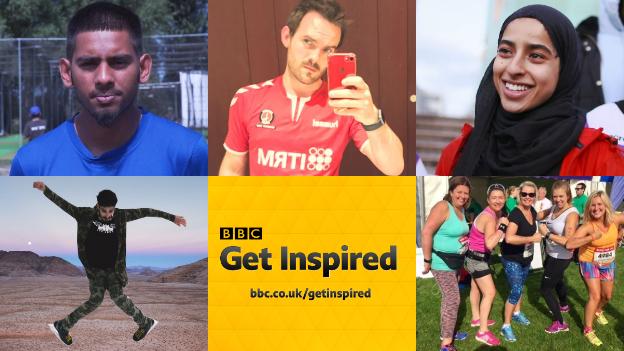 As 2018 comes to a close, we catch up with the people from five of our favourite stories of the year as they reflect on the past 12 months, their greatest memories and plans for 2019.

From troubled teen to award-winning volunteer and cricket coach with the Lord's Taverners charity - Abdus was part of the coaching team at the Wicketz Festival, an annual three-day cricket residential trip for young people with limited access to the sport.

How did the Wicketz festival go?

"The experience was amazing. Watching these boys perform so well in what would have been, for the majority of them, their first-time playing cricket competitively, was great. It was truly remarkable to see the confidence of the children grow so quickly throughout the three days.

"There was one team who played a competitive game for the first time and registered one win, but celebrated as if they'd won the World Cup! It was such an emotional experience witnessing such joy on their faces."

What have you been up to since we met?

"As well as coaching at the Luton Wicketz hub, delivering sessions and supporting the children, I've also been working with the council on local charity events.

"I work with the police speaking to the youth of Luton - about my experiences and how they can avoid going down the wrong path - and I play for a local cricket club."

"In 2019 I hope to use my Wicketz experience and coaching qualification to progress in my career and eventually become a primary school PE teacher. The main thing for me is to keep making my mother proud as that is the most important thing in my life."

You made it to the semi-finals of the FA People's Cup - how was that?

"The experience was amazing! The thing I remember the most was seeing all these girls from different ethnic backgrounds, races and class coming together and playing a competitive, yet friendly, game of football.

"I loved the fact that I was playing with girls, because it meant I could wear what I wanted without feeling looked at or judged."

What have you been up to since the competition?

"I'm currently studying at Newman University and coaching on the side, hoping to get my Level One badge by the end of May 2019.

"The coaching I do at Saltley Academy plays a huge role in helping me reach my aim of changing the stereotype that Muslim women don't play football.

"I encourage the girls to keep an active lifestyle and to strive and achieve whatever they want regardless of race, culture and background."

What are your plans for 2019? Are you going to apply for the FA People's Cup again?

"In 2019 I want to work on my football skills and play more competitive games but, most of all, I hope to see an increase in female football participants.

"I would love to play in the FA People's Cup again, but I'm no longer in the team. However my sister is and I will continue to support her and those who are taking part as it makes me smile to see young girls getting involved in physical activities." 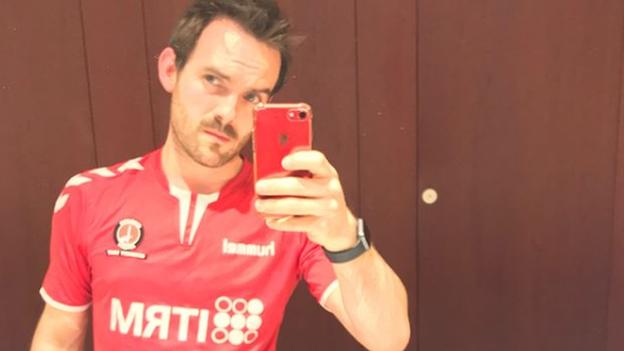 Nick Coveney from Bexleyheath once associated football with some of the homophobic incidents he encountered at school, but all that changed. He now plays for Charlton Invicta - a Lesbian, Gay, Bisexual, Trans, Queer and others inclusive team formally affiliated to Charlton Athletic - and rows with LGBTQ+ inclusive London Otters Rowing Club. Read Nick's story here.

It's been some year for you - what has been your one highlight?

"I think it'd have to be winning a bronze medal in the Mixed Eight Masters with the rest of my crew at the Gay Games in Paris. Managing to take part in an international tournament like that after rowing for 10 months felt like a huge achievement for me, so winning a medal was the icing on the cake!"

What have you been up to, fitness-wise, since?

"Sadly I've been a little bit injury prone but I still managed to play my first full 90-minute match in Glasgow at the Gay Football Supporters Network tournament, with my club Charlton Invicta, in October.

"The football score we won't talk about, but as club we had a great time in Glasgow and really enjoyed ourselves.

"Last week the London Otters held our #RainbowRaces with some other rowing clubs to support the charity Stonewall's #rainbowlaces campaign and managed to make it to the final. Finishing third overall it was brilliant fun."

What do you have planned for 2019 - more football and rowing or will you try something new?

"I'm going to continue to improve both my rowing and football skills - I might try and do some more sculling and try to learn to cox so I can be more helpful to the club. I'm also going to be doing a couple of obstacle course challenges - but I think I'll try and leave it at that for now!"

Yvonne Wadeson from York went from being barely able to run to the end of her street to completing a marathon. In September she ran the Great North Run with members of the 'Sisters with Blisters' Facebook group, a community of over 4,500 members which she set up last year - read her story here.

How did the Great North Run go for Sisters with Blisters?

"SWB had a fabulous day. Many of us travelled together on the day and the atmosphere was amazing! It was wonderful seeing lots of Sisters during the run wearing their SWB temporary tattoos. It was like having a really long run with great friends."

What has the group been up to since?

"It's been business as usual since the run. We've had lots of new members inspired by the Great North Run join the group, many of whom had never run before."

What do the Sisters with Blisters have planned for 2019 - will you be getting bigger and better?

"The group is growing in members and keeping them motivated is a priority. We have lots of fun challenges ready to set each month, ranging from personal challenges to challenges involving the whole group."

Fadi Ahmed - aka The Ice King - moved from Saudi Arabia to Liverpool to bring over his brand of extreme skating.

What has been your highlight of 2018?

"My highlight was being asked to appear on Dancing on Ice. Unfortunately I was injured five minutes before the live show and had to cancel my appearance, but I did manage to start a Skate Army - a collective of skaters who post their tricks on social media - which is running in Saudi Arabia, Bahrain and the United Arab Emirates."

What have you been up to, ice skating wise, since?

"It's been going really well - I've been doing shows all over and I recently appeared on This Morning."

"I will be going into the final year of my Industrial Design Engineering course and I would love to find a job related to ice skating whilst continuing my studies."

Are you inspired to try a new sport? Or maybe you are a keen enthusiast already? Get in touch and tell us your story by tweeting us on @bbcgetinspired, visiting us on Facebook or emailing us at getinspired@bbc.co.uk.