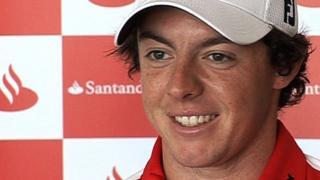 McIlroy 'not turning back on UK'

Rory McIlroy insists that British fans will still see plenty of him, despite his decision to join the US PGA Tour next year.

The US Open champion tells BBC Sport's Matt Slater that he will still play in most of the European tournaments he has always played in but believes, as a self-confessed "fair weather golfer", that the sunnier climes in the States will suit his game better.

The Northern Ireland man also states that Luke Donald and Lee Westwood deserve their world number one and two rankings.