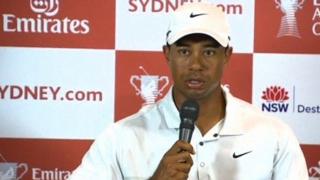 Woods delights in return to form

Former world number one Tiger Woods delights in his return to form at the Australian Open, where the 14-time major winner leads at the halfway point following a second round 67.

The 35-year-old believes that the swing changes he has instigated are now paying dividends and feels that he could be returning to his best form as he leads a tournament for the first time since 2010.

Woods carded seven birdies and two bogeys for a five-under total that moves him to nine under for the tournament, one shot ahead of Australia's Peter O'Malley.