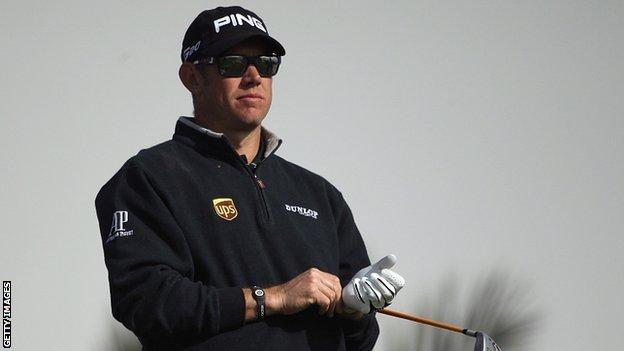 The Qatar Masters was reduced to 54 holes after strong winds allowed only three hours of play on Friday.

Organisers hope to complete the second round by the end of Saturday and stage the third round on Sunday.

"The winds will be down [on Saturday] and decreasing during the day," said tournament director David Probyn.

American John Daly leads on five under par after 18 holes, one ahead of Gonzalo Fernandez-Castano (after 25), Jason Day (24) and KJ Choi (18).