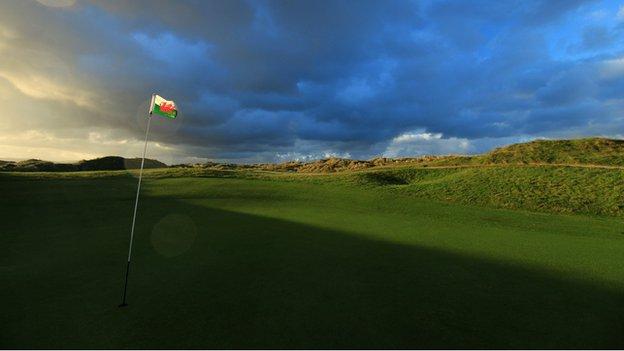 Britain and Ireland's Curtis Cup manager Sue Turner has died at the age of 50, having battled illness since last autumn.

Turner, who played for Wales six times from 1982 to 1994, was victorious twice as captain in the Home Internationals.

"Sue without a doubt was the most successful Welsh captain ever."

Having enjoyed back-to-back Welsh victories under Turner in 2008 and 2009, Matthews admitted: "Her rapport and motivation of all the girls in her teams was second to none.

"Sue and I were so looking forward to the Curtis Cup and I am extremely heavy-hearted that she will not be there with me."

In June 2011, Turner captained the Great Britain & Ireland Under-16 girls team in the inaugural Junior Vagliano Trophy match against the Continent of Europe at Royal Porthcawl.

Golf Union of Wales chief executive Richard Dixon said: "Sue was an inspirational character and that shone through in everything she did, including her leadership of the Wales Ladies."

The Curtis Cup match, played against America's leading female amateur golfers, will be held in north-east Scotland, at Nairn, from 8-10 June.

"Her enthusiasm and love of life were infectious and permeated through every team she worked with.

"She gave us so much and had so much more to give. Many players in both the amateur and professional game owe a huge debt of gratitude to Sue."