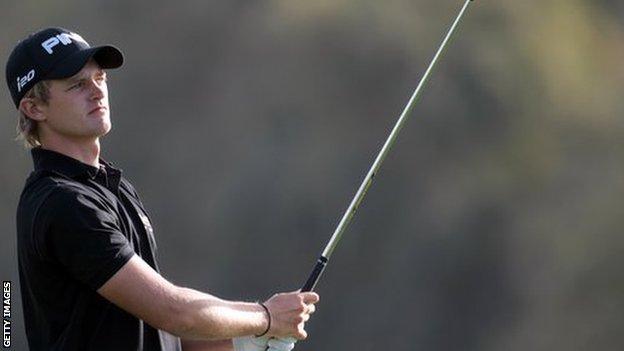 Tom Lewis is set to make his professional debut in America this week after he accepted an invitation to the Transitions Championship in Florida.

The 21-year-old's first-round 65 in The Open last July was the lowest-ever score by an amateur in the event.

"I am thankful to the tournament for giving me this opportunity," the Hertfordshire golfer said.

"As long as I leave learning about where my game is at, then that's maybe more important than performing."

Lewis's record-breaking opening round saw him share the first day lead at The Open before eventually finishing in joint 30th place.

He followed it up with victory at the Portugal Masters last October in his third start after turning pro.

The Englishman has not managed a top-20 finish since.

"The win came too quick for me in a way, but it meant good things because I was doing well," Lewis said. "If I want to be as good as I possibly can, I am going to have to get used to that.

"I'm kind of settling down now, getting more and more used to the way it's going to be and I would not change the situation I am in."

Lewis will be joined by fellow Englishmen Luke Donald and Justin Rose at the tournament.

Donald needs to win to regain the world number one spot from Rory McIlroy.