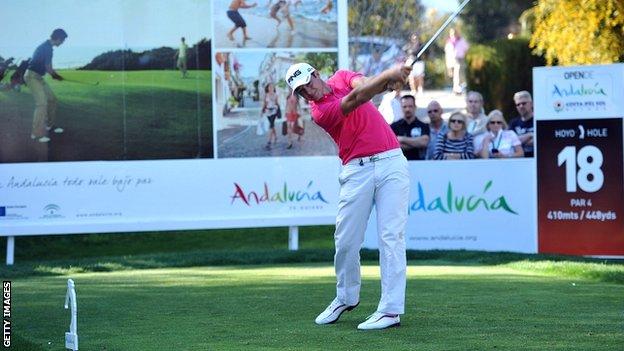 Frenchman Julien Quesne equalled the course record with a superb 64 to win the Andalucia Open by two strokes and secure his maiden European Tour title.

The 31-year-old, who began the final day three shots off the lead, birdied the tough 18th in a run of four birdies in five holes to finish 17 under par.

Manassero birdied three holes in succession from the sixth but needed to collect birdies at the last two holes to match Quesne.

However, he bunkered his tee shot at the par-three 17th and then his approach to the 18th, doing well to escape with pars at both.

That left overnight leader Eduardo de la Riva needing to hole his second shot from the fairway at the 18th to tie, but he could not do so and missed out on second also after taking three putts.

Quesne, ranked 322 in the world, sent his approach to within six feet to set up his closing birdie, and was drenched in champagne by his fellow French players after being presented with the trophy.

He said: "I think it's the best day of my life. I know I will have some good weeks this year but I'm very happy to win this early. I'll remember this day all of my life."