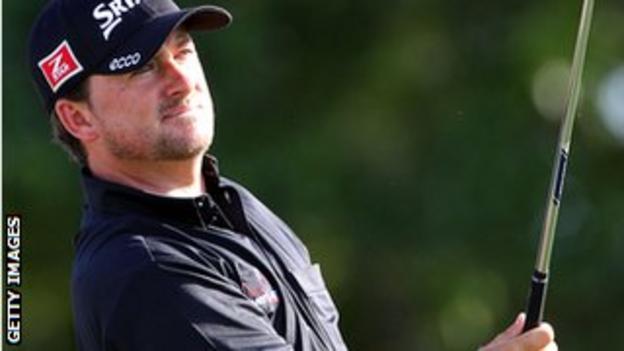 Graeme McDowell charged into a share of the lead at the Arnold Palmer Invitational as he fired a second-round nine-under-par 63 at Bay Hill.

McDowell's round left him at the head of affairs on nine under with Jason Duffner, who shot a 69.

The Northern Irishman produced four birdies in five holes from the fourth to go out in 32.

After further birdies on the 10th and 12th, McDowell eagled the long 16th before a closing birdie.

Duffner was joint leader on six under after the first round with Korea's Charlie Wi who was among the later starters on Friday.

Sergio Garcia [67] and Bubba Watson [70] were both in the clubhouse on five under.

Tiger Woods was three off the pace after an opening 69 and he picked up an early birdie to move to four under after four holes on Friday.