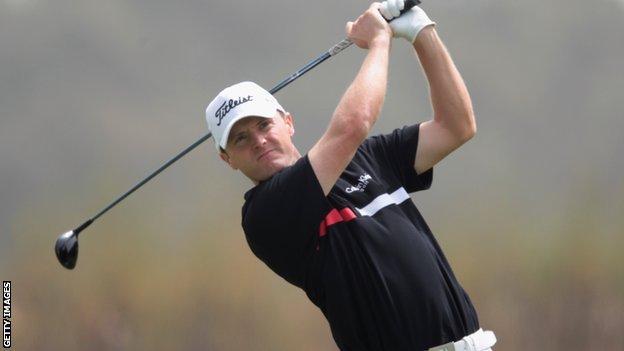 Northern Ireland's Michael Hoey has missed the halfway cut at the Malaysian Open after a second round of level-par 72 left him on six over.

Hassan Trophy winner Hoey recorded an opening round of six-over 78, but improved in his second round to post three birdies and three bogeys.

Ireland's Peter Lawrie also missed the cut on three over.

Masters runner-up Louis Oosthuizen leads at the halfway stage on 13 under, with Stephen Gallacher on 12 under.