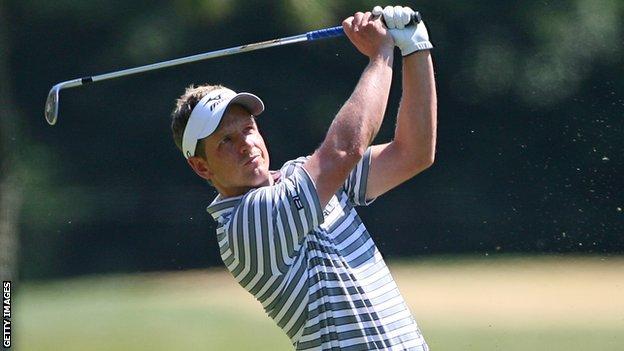 Luke Donald's position as world number one is under threat despite the Englishman making the cut at the RBC Heritage with a two-under second round.

He needs a top eight finish in South Carolina to stay above Northern Ireland's Rory McIlroy at the top of the standings.

He spent 40 weeks at number one before being replaced by McIlroy in March, when the US Open champion won the Honda Classic by two strokes.