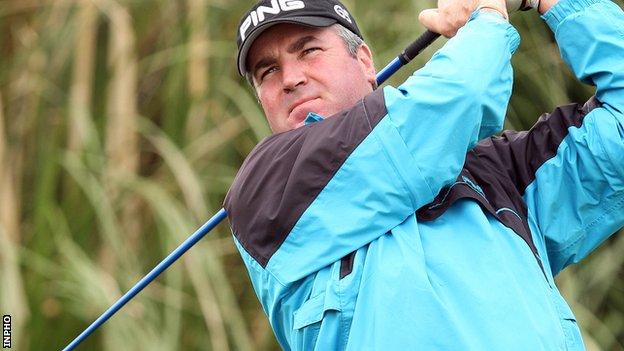 Noel Fox and Damien Mooney are the latest players to confirm their participation at Galgorm Castle's PGA EuroPro Open later this month.

Paul Cutler will also play after being one of the leading qualifiers at the EuroPro qualifying school last month.

"Some of the guys that played last year still rave about the event and how well it was run," said Fox.

"The tented village, buzz around the Clubhouse, roped off areas and big crowds ensured a great atmosphere."

Fox added:"The effort made by Galgorm was fantastic. Thousands of spectators spilled in for the final day."

Mooney will be taking up the challenge at Galgorm Castle a month ahead of playing in the Irish Open at Portrush.

The Ulsterman says the achievements of Rory McIlroy, Graeme McDowell and Darren Clarke are boosting other Northern Ireland professionals.

The Galgorm tournament takes place from 29 May to 1 June and will form part of the Northern Ireland Tourist Board's 2012 'Our Time, Our Place' campaign.

The EuroPro is the third professional tier in European golf and several household names played on the circuit in the early part of their careers.

England's Chris Hanson edged out compatriot Graeme Clark in a play-off to win last year's tournament after both men finished on 14 under.

The George Best Invitational Pro-Am will take place on Tuesday 29 May before the three days of tournament action.