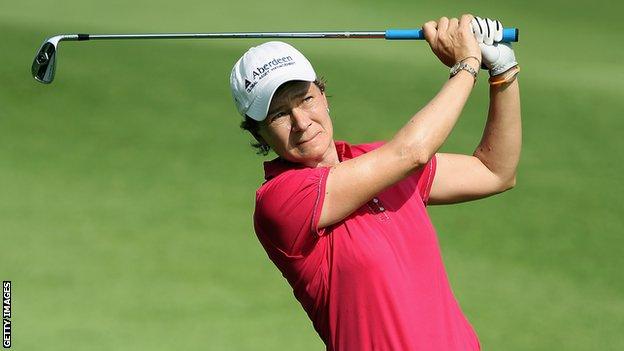 Catriona Matthew would welcome the chance of a place at the 2016 Olympics when golf makes its debut at the Games.

"Rio would be nice," the 42-year-old told BBC Scotland. "I might still be around, you never know.

"It probably would be something for me to consider since my children would be old enough to come along and appreciate the atmosphere.

"With golf being an Olympic sport, a lot more countries, especially China, are pumping a lot of money into it."

At 20th in the world standings, Matthew is the UK's highest-ranked player.

"The money being invested will, hopefully, grow the game," she added. "It will be great for golf in developing countries."

Matthew, who has been based in the United States for much of her career, is in her homeland this week to defend her Scottish Open title at Archerfield Links in East Lothian.

Having won the 54-hole tournament by 10 strokes last year, she is expecting a sterner challenge this time around.

"It's a big event for me, it's my local course where I spend a lot of practice time in the winter," explained Matthew, who has a home just three miles away from the course in north Berwick.

"There are a lot of good players in this year's line-up.

"It will be tougher. I'd be surprised if anyone wins by 10 shots this time."