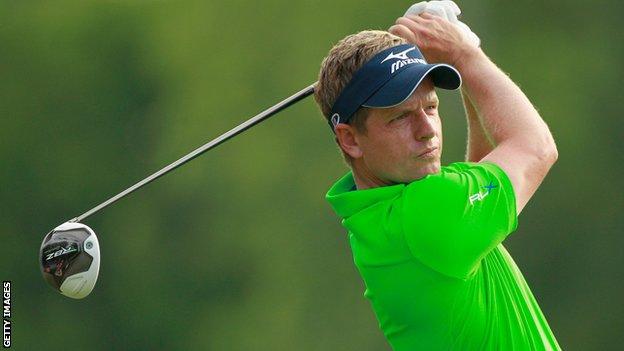 World number one Luke Donald and number two Rory McIlroy will tee-off against a strong field at the BMW PGA Championship at Wentworth on 24 May.

Donald beat Lee Westwood in a play-off to win in 2011, a victory which saw him lead the rankings for the first time.

The event is only one of two Tour events taking place in England in 2012.

The Open Championship at Royal Lytham & St Annes in July is the other English event.

England's Donald and Northern Ireland's McIlroy have swapped places at the top of the rankings four times in 2012, with the Englishman moving back to number one after finishing third in the Zurich Classic of New Orleans in April.