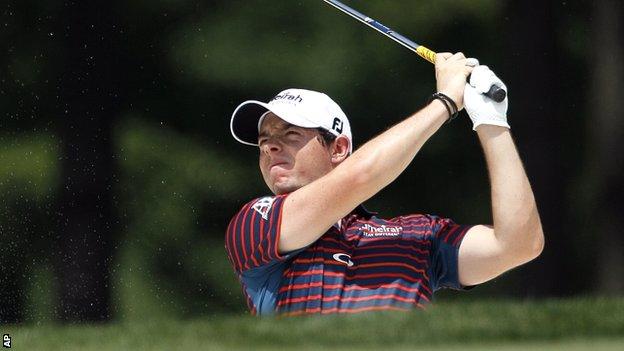 Rory McIlroy was just one shot behind the leader at the Wells Fargo Championship at Quail Hollow after firing a six-under 66 on Saturday.

McIlroy, who needs a top-seven finish to reclaim the world number one spot from Luke Donald, had eight birdies and two bogeys on his third-round card.

That put him on 12 under par, one behind DA Points who had three to play.

The Northern Irishman won the tournament in 2010 but missed the cut last year.