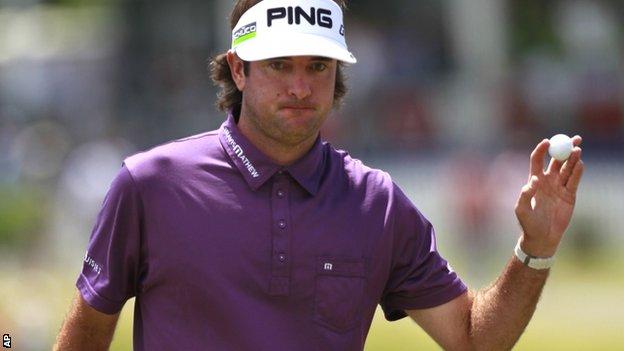 Masters champion Bubba Watson will miss the Players Championship at Sawgrass after taking a month off from golf.

Watson, 33, won his first major last month when he

He joins Darren Clarke, Paul Lawrie and Charl Schwartzel in missing the £5.8m tournament at Sawgrass next weekend.

Watson said on Twitter: "I plan to take at least a month off. The Players is one of the best weeks of the year, but I'll be bonding with my son."

2003: Turns pro after starring for University of Georgia

2005: Joins the Nationwide Tour and finishes 21st on the money list in his first season

2012: Beats Louis Oosthuizen in a play-off to win the Masters

Danes Thomas Bjorn and Anders Hansen, Korean KT Kim and Americans Anthony Kim, Paul Goydos and Steve Marino are all missing the tournament, which starts on Thursday, 10 May.

Watson wishes to spend more time at home with his wife and newly adopted baby son.

He added: "I'm sorry to disappoint fans, but the Players has one of the best fields all year, and the tournament is more than fine without me.

"I feel blessed and excited that I get to spend quality time with Caleb and Angie in the next few weeks.

"I am lucky to play golf for a living, it allows me to pick my own schedule."

Watson is currently ranked fourth in the world.