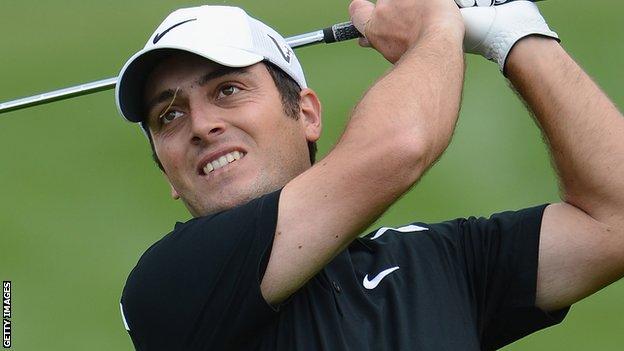 The Italian began his final round four shots behind overnight leader Simon Dyson, who got off to a flying start with birdies on his first two holes.

But the Englishman faded badly, finishing 15th, as Molinari completed the tournament's best round of 65.

Dyson's fantastic start to the final day at the Reale Club saw him first sink an 18-foot putt on the first and then chip in from the bunker.

But he could not sustain his challenge. He twice found himself in the rough at the fifth and ended up dropping a shot there before also making bogeys at the 7th, 8th, 13th, 15th and 17th on the way to a four-over par 76.

Molinari, on the other hand, went from strength to strength.

The 29-year-old holed from 10 feet at the 10th and had back-to-back birdies at the 13th and 14th to finish seven under for the day.