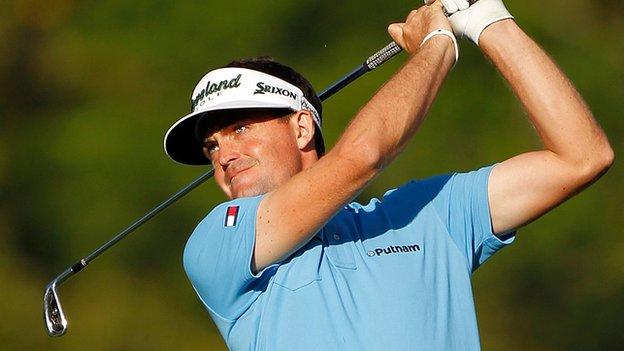 US PGA winner Keegan Bradley has signed up to play in the Irish Open at Royal Portrush, meaning three of the four major winners will compete.

The 25-year-old American will compete alongside US Open champion Rory McIlroy and Open winner Darren Clarke.

"I'm proud of my Irish heritage and I've wanted to represent it in the Irish national championship," said Bradley, whose roots are in Co Cork.

Edoardo and Francesco Molinari will also play in the 28 June-1 July event.

The participation of the Italian brothers means half of the victorious 2010 European Ryder Cup team have confirmed their entry.

Bradley became only the third player to win on his major championship debut when he defeated Jason Dufner in a play-off at the Atlanta Athletic Club.

The former all-state ski racer, who was named 2011 US PGA Tour Rookie of the Year, has talked to McDowell and Clarke about the famous Co Antrim links.

"Graeme and Darren have both told me what a fabulous layout Portrush is, so I'm doubly excited about the opportunity to compete there," he added.