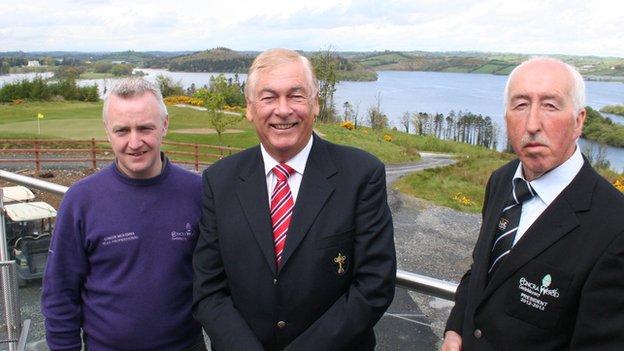 Christy O'Connor Jnr casts his gaze over one of his golfing creations as he fondly recalls one bizarre Barcelona night with Seve Ballesteros.

O'Connor is surveying the terrain of his county Monaghan masterpiece Concra Wood at the launch of the venue's PGA Europro Open which will take place from 9-13 July at the Castleblayney course.

But on this particular day, Christy Jnr is speaking exactly a year after the Spanish legend's passing and memories of the great man are inevitably flooding back.

By his own admission, O'Connor was never a man behind the door when it came to the post-tournament wind-down and the Irishman's musical party piece involved the twin-track approach of pocket mouth organ and banging the spoons.

"I remember being in Barcelona Airport that night. Our plane was stuck and Seve said:'Christy…you have to show me how to play those spoons'," recalls the 1989 Ryder Cup hero.

"We spent four hours between 2 and 6 in the morning sitting on the airport floor until he had perfected it. When we finished, he was as good as I was."

It's a far cry from the cosseted world of current golfing superstars with their private jets and superstar girlfriends but there's scarcely a trace of envy from the 63-year-old.

"We started with only 15 tournaments on the main tour. We had to play the pro-ams and then had to head back to mind the club job to try and make a living.

"I could drink my pint with the best of them. The fellows nowadays will enjoy themselves when they are off but when they are on, they really work hard and are in the gym night, noon and morning as well.

"When I won the Irish Open [in 1975] it was as good as winning it today in terms of fame or achievement.

"What has changed is the prize money. I would have loved some of that.

"But I did win tournaments such as the British Masters and other tournaments round the world where there was good pay.

"It's not all about that. It's about going out and winning tournaments, representing your country and playing in the Ryder Cup and the World Cup. I had all that enjoyment."

O'Connor's legendary uncle, Christy O'Connor Snr was also not averse to enjoying the post-round craic in the bar but that didn't prevent him from claiming 43 professional wins and playing in 10 consecutive Ryder Cup matches from 1955 to '73.

Junior is delighted to report that 'Himself', as he is affectionately known by his peers, remains in fine fettle some seven months shy of his 88th birthday.

"I played with Senior in Portugal when he was coming up to his 86th birthday at my own course in Oceanico just over a year ago.

"He played off the forward tees and shot 74 gross, two over par. That was quite unbelievable.

"He's still going out and playing a few holes with his friend Noel Fogarty at Royal Dublin five or six times a week. 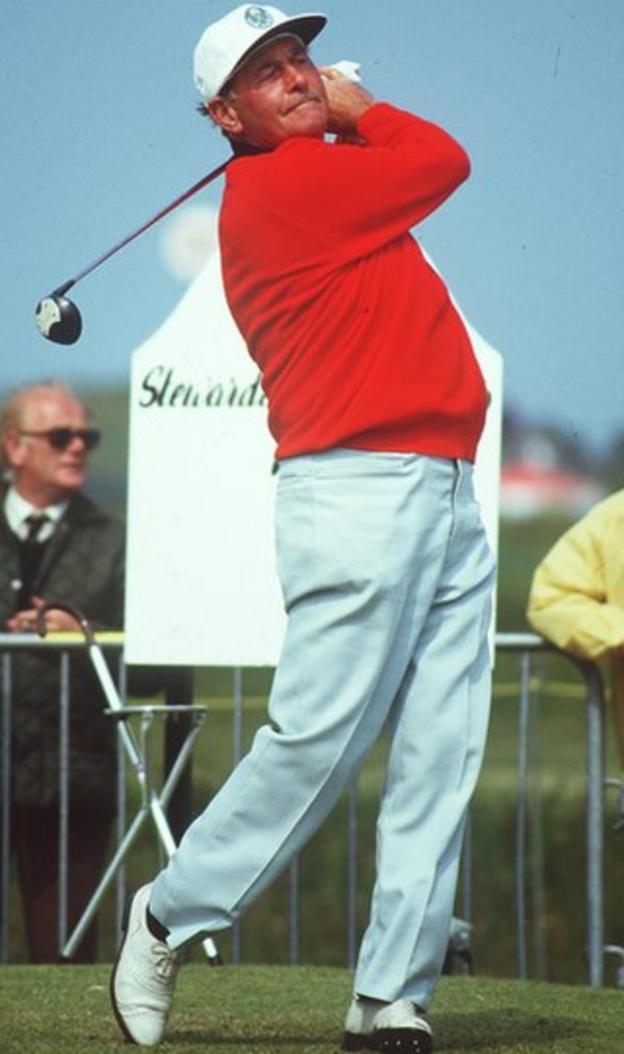 "He's an inspiration to the younger guys down there on the practice ground.

"He's still as tough as ever and tell them where they are going wrong with their swings."

Christy Snr played in Britain & Ireland's winning Ryder Cup side at Lindrink in 1957 and after a losing debut in the biennial match in '75, Junior played a pivotal role as the now European team retained the trophy at the Belfry 14 years later.

A plaque on the 18th fairway at the Brabazon course marks the spot from where O'Connor Jnr hit a remarkable 2 iron to three feet to clinch a vital singles win over a shellshocked Fred Couples.

"I had hit one of the best two irons of my life to hold the green on 17. That gave me the confidence to hit the two iron on 18.

"But when I hit it and the ducks didn't get up, I knew at least it was on the far side.

"Fred's such a great player but I don't think he ever believed I was going to hit a shot like that with 60,000 people looking down the fairway."

O'Connor remained competitive on the European Tour for nine more years before his turning 50 heralded a lucrative seniors career on both sides of the Atlantic.

The Galway man clinched back-to-back Senior British Opens in 1999 and 2000 in addition to two victories in the US.

Junior's playing commitments have been reduced since 2006 as he largely focused his energy on an expanding course design portfolio in locations all over the globe.

"I always wondered how the great designers like Alister MacKenzie and Tom Fazio saw in a piece of land but I've really enjoyed it and have built 34 courses now.

"At Concra Wood at the start, you couldn't walk five metres without getting caught in the gorse and brairs so it was very difficult to visualise and get round.

"But I'm very proud at what we've achieved here.

"Getting the Europro tournament is a sign of how good the golf course is."

With the economic downturn affecting the course design business, O'Connor intends to return to a limited playing schedule on the European Senior Tour this year which will include the Senior British Open at Turnberry.

"Just to go out and meet my friends and hopefully shoot a few par rounds. You never know if I get it going…who knows?"