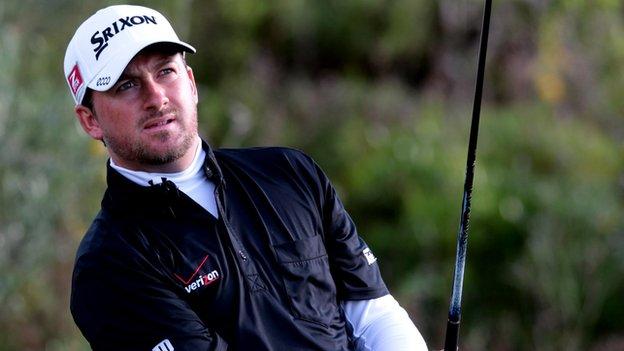 Graeme McDowell is through to the final of the World Match Play, but Paul Lawrie was beaten in the semi-finals.

Colsaerts recovered from losing the first four holes against Scotland's Lawrie to halve the match on the 18th.

The Belgian then claimed victory at the second extra hole to move into Sunday afternoon's final.

Both matches were held up because of a lightning threat, with Lawrie one up with two to play after Colsaerts had bogeyed the 16th.

But Colsaerts recovered to birdie the last, and got and up down from just off the green when the pair went down the 18th for a second time to advance.

McDowell won three of the first four holes against Cabrera-Bello, but was forced to go down the last after the Spaniard birdied the 16th following the lightning interruption.

"It was a tough one, Rafa had a head of steam after the delay," said McDowell.

"I haven't putted well enough so far this week so I'll be on the practice green before the final."