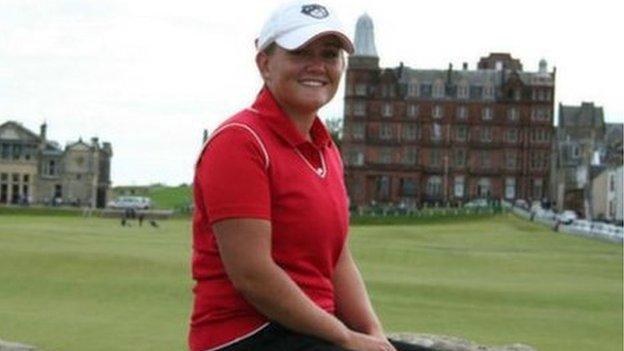 Jersey's Olivia Jordan-Higgins admits she did not deal well with pressure during her failed bid to make the women's US Open.

The 24-year-old finished 12th at the qualifying event in Wisconsin, where only the top two competitiors were able to secure places.

"I didn't play particularly well on the day," she said after what was her first ever attempt to make a Major.

"I didn't quite deal with the pressure as well as I would have liked to."

But Jordan-Higgins is still confident she will one day line up alongside some of the best players in the world at a women's Major event.

"I expected a lot from myself and it would have been an amazing experience. I just don't feel that I'm ready yet, which is not a bad thing," she added.

"I really do believe that one day I'll be out there playing, but I'm still getting used to the whole professional ranks."

The Jersey pro is playing her second season on the Symetra Tour, previously known as the LPGA Futures Tour, and is aiming for a top-five place.

Achieving that ambition would secure a players' card for the main LPGA Tour.

She stands 32nd in the money list after the first three events of the season and heads for Indiana next.