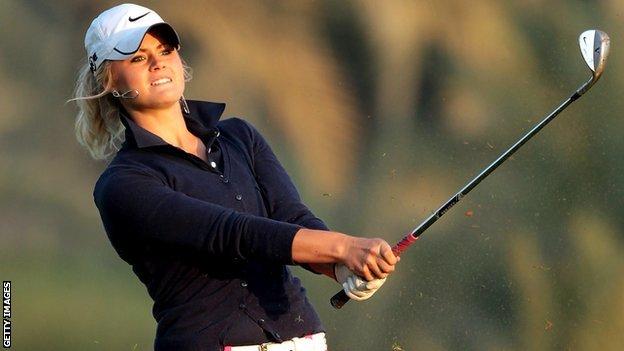 Scotland's Carly Booth is one of five players chasing Sweden's Pernilla Lindberg at the halfway stage of the Ladies German Open near Munich.

Booth, 19, followed her 67 on Thursday with a five-birdie, four-bogey 71, leaving her one shot off the pace.

"I played pretty solid from tee to green today," said Booth, who had shared the lead after the first round.

"I had four three putts, but other than that, I actually played OK. It's a pity, but one under is not too bad."

Lindberg, 25, made just one bogey at Golfpark Gut Hausern to finish the day on seven under par overall.

England's Rebecca Hudson and Australian Karen Lunn are one stroke further behind.