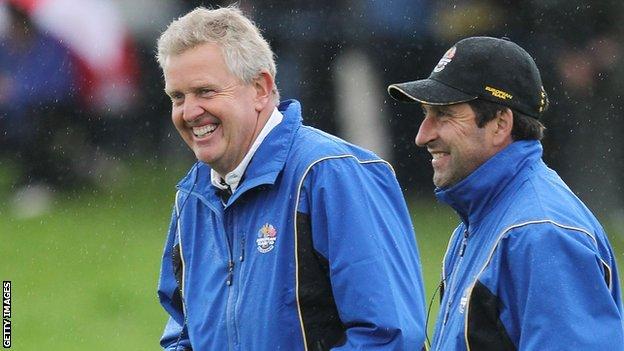 Colin Montgomerie and Jose Maria Olazabal will take part in the 36-hole US Open qualifying tournament at Walton Heath in Surrey on Monday.

More than 100 players will compete for about 12 spots for next month's major at the Olympic Club in San Francisco.

The Scot, US Open runner-up three times, is also entered for Open qualifying at Sunningdale on 25 June.

Last year was the first time since 1989 that the eight-time European number one failed to play in any of the majors.

Olazabal, who succeeded Montgomerie as European Ryder Cup captain, last played in the US Open in 2007 and his last attempt to qualify was three years ago.

The US Open takes place from 14-17 June in California.