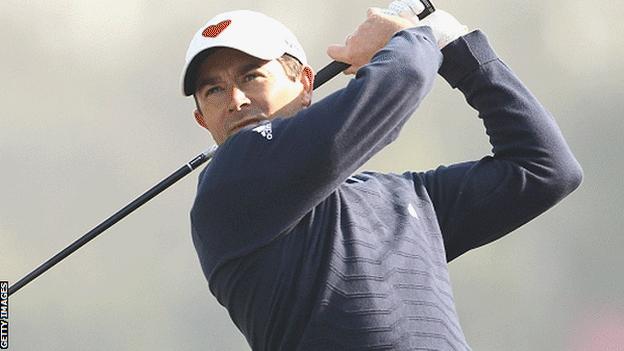 Ballyclare player Gareth Maybin posted a final round of two-over-par 74 to end in a tie for 39th place on two over at the BMW PGA Championship at Wentworth.

Luke Donald won on 15 under, four shots ahead of Paul Lawrie and Justin Rose.

Peter Lawrie was best of the Irish players in fourth position on eight under, while David Higgins tied for 10th place on four under.

Higgins carded a final round of 70.

Paul McGinley ended on one over, Damien McGrane on two over and Shane Lowry on 10 under.

Donald replaces Rory McIlroy, who missed the cut, as world number one as a result of his success.