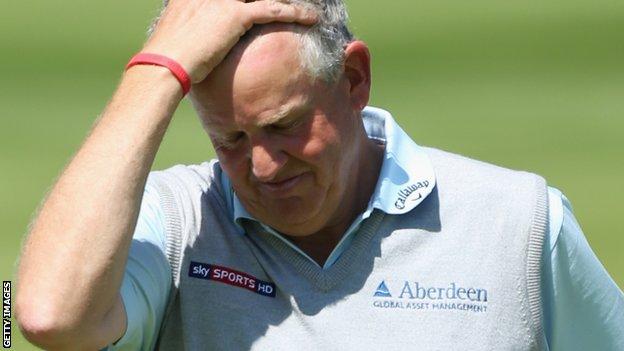 Colin Montgomerie embarked on a 900-mile drive to grab a putter in his efforts to qualify for the US Open.

Following a final round of 81 in the BMW PGA Championship at Wenworth, Monty headed home to Scotland for his club.

He then headed back to Surrey for the 36-hole US Open qualifier at Walton Heath.

"Who in their right mind would do that? But yes, I did," said the former European number one. "I putted like an idiot and played like one too."

After starting with a four-under-par 68 as 81 players battled for 11 spots, the former Ryder Cup captain confirmed his lengthy trip.

"I left Wentworth at 2pm, was home at 8pm, had tea with the family, left at 11pm and got here just after 6am.