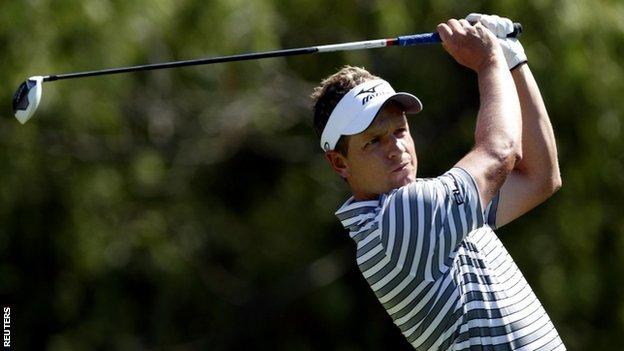 World number one Luke Donald has been paired with Rory McIlroy in a high quality field, which includes seven of the world's top 10, for the Memorial Tournament in Ohio.

McIlroy lost his number one ranking to Donald on Sunday after missing the cut at the BMW PGA Championship.

They could swap places again if US Open champion McIlroy wins and Donald finishes outside the top 13.

Lee Westwood, Jason Dufner and Matt Kuchar will miss the tournament but Dustin Johnson returns having recovered from a back injury.

England's Justin Rose, Hunter Mahan and Steve Stricker are the other top 10 players playing in Ohio.

Donald will be high in confidence after the successful defence of his title at Wentworth on Sunday, while McIlroy struggled at the Surrey venue and missed his second successive halfway cut by eight shots.

Woods, whose last three finishes have been 40th in the Masters, missed cut at Quail Hollow and then 40th again at the Players Championship, remained confident in his abilities.

"I hadn't played well in a couple of weeks, but we [he and his coach Sean Foley] know what it is," he said.

"It's a matter of getting reps in and getting the trust in it."