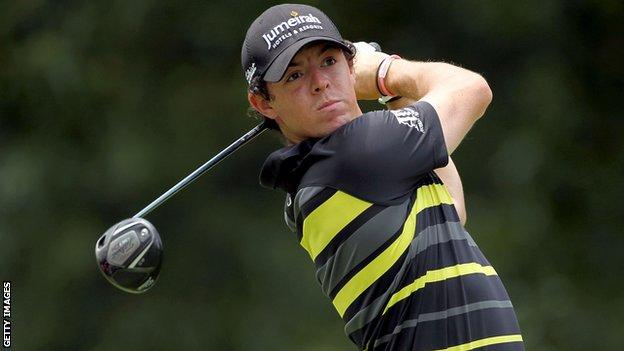 Rory McIlroy dropped a shot off the pace at the St Jude Classic after firing a two-over 72 in windy conditions in Saturday's third round.

McIlroy led by a stroke after Friday's 65 but struggles off the tee caused him to card six bogeys on Saturday.

US Ryder Cup captain Davis Love shares the lead on six under with John Merrick and Australia's Nick O'Hern.

Stadler moved into a four-shot lead early in his round but his momentum was halted by a double bogey at the ninth and two further dropped shots on the back nine.

McIlroy, who defends his US Open title next week, hit only six out of 14 fairways but was cheered by a closing birdie as he holed a 10 footer.

"It was a very testing day with the conditions and I definitely didn't feel as comfortable as yesterday," said McIlroy, who has missed the cut in his last three tournaments.

"But it was a good experience trying to put what I've been working on in my swing into competitive pressure.

"For the most part it held up pretty well but there were a few loose shots out there.

"I'm only one off the lead and in a good position going into tomorrow."

Irishman Padraig Harrington is three shots off the pace after firing a battling 71 on Saturday.