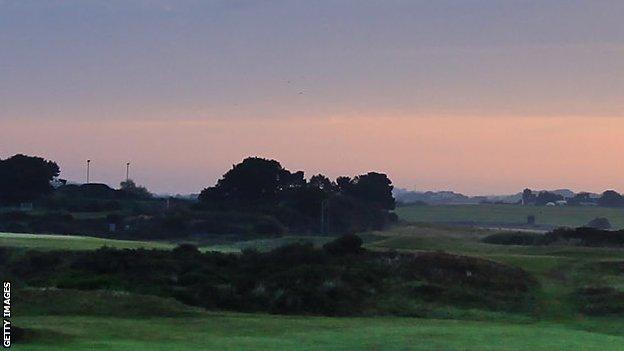 The Open Championship is heading back to Royal Troon.

The Ayrshire course will host the tournament in 2016, 12 years after it was last held there.

Royal Troon has hosted the event eight times, the last back in 2004, when the unheralded Todd Hamilton beat Ernie Els in a play-off to claim the Claret Jug.

"Troon's one of the strongest venues we have for the Open Championship, it's wonderful to be coming back," said R&A chief executive Peter Dawson.

"We have nine courses that we use for the Open Championship. They're the best links courses in the country that have the infrastructure to hold a major event and Troon is one of those.

"We tend to go to St Andrews more than often than others so it's pretty much once every 10 years on average that the other venues get the Open.

"There's some wonderful holes here: the famous postage stamp, the short eighth hole is famous in the world of golf, as is the 11th, which is a fearsome hole along the railway line.

"The players know what they're up against."

The Open will be held in Scotland three times in four years, beginning with Muirfield in 2013, St Andrews in 2015 and Royal Troon 12 months later.

Another Scottish course, Gleneagles, will host the Ryder Cup in 2014.