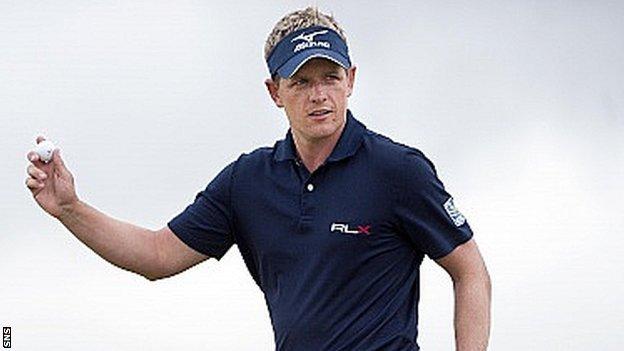 World number one Luke Donald will return to Castle Stuart next month to defend his Scottish Open title.

The 34-year-old Englishman won by four strokes at the Inverness course last year in the rain-hit event.

Louis Oosthuizen, the 2010 Open winner, will make his first appearance at Castle Stuart.

There will be a strong home contingent at the tournament which runs from 12-15 July, led by Paul Lawrie, Martin Laird, Colin Montgomerie and Sandy Lyle.

Peter Adams, championship director, said: "We are delighted that a field of the highest quality will assemble at Castle Stuart in just under three weeks' time.

"With the world number one and a host of major champions and tournament winners in the field, we can anticipate another superb week of world class competition on a world class links course."

Torrential rain in the Highlands washed out Saturday's play last year, cutting the tournament to 54 holes.

And Donald shot a sparkling 63 on Sunday to prevail.