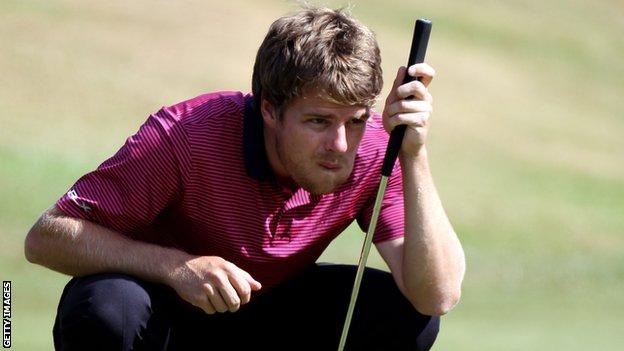 The duo both fired rounds of 70 to finish on six under after leader Liam Burns faded with a closing 76.

Booth led on the 17th tee but his bogey at the penultimate hole led to the play-off at the Castleblayney course.

Trainor hit a closing 70 as he finished as top Irishman along with Cian Curley and Tim Rice.

Derryman Michael Geady shot a closing 73 to finish on level par while Jonathan Caldwell was on two over after his 73.

Welshman Manley's 68 was the low round of the day but his dropped shot at the second last ended his hopes of claiming the £10,000 first prize.

Burns led overnight by two shots after his remarkable 11-birdie 64 on Thursday.

However, the Sundridge Park player lost his lead after bogeys at the third and sixth and after getting back into contention on five under after birdies on 14 and 15, his chances were ended by a double bogey on 16 and further dropped shot on 17.