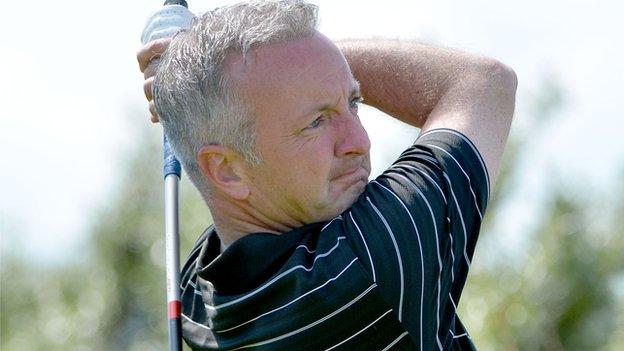 Headfort's Rory McNamara fought back from three down after nine to beat Michael Sinclair by one hole in the North of Ireland Championship final.

Knock player Sinclair, champion in 1997, went ahead with a birdie at the second and then had successive wins at the eighth and ninth at Portrush.

However Sinclair lost the 10th to a par and McNamara then won 12 and 13.

Sinclair won the 14th but McNamara levelled with a birdie on 17 and his closing birdie sealed his victory.

Crucially, the Ulsterman was bunkered off the tee at the last and McNamara had two putts for victory for 30 feet, with Sinclair still six feet left for his bogey, but the Headfort man rolled in his putt to clinch victory.

Ballymena's Dermot McElroy lost in the first matchplay round after firing a 63 on the Dunluce course in qualifying.