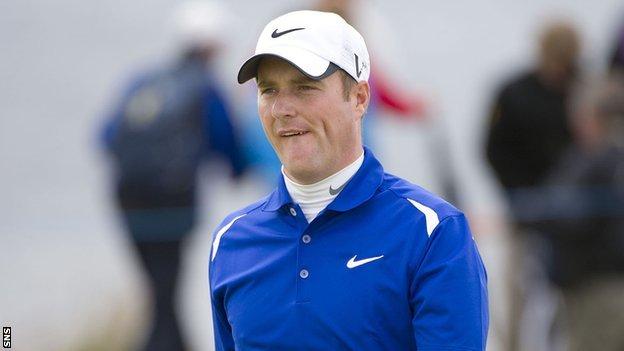 Marc Warren admits he "might need a little help to get to sleep" after missing out on winning the Scottish Open and a place at the Open.

And, as the highest placed player not to have already secured an Open berth, Singh will now feature at Royal Lytham.

"It's going to be disappointing watching the Open," said Scot Warren.

Asked if devastated was the right word to describe how he felt, Warren replied: "Not quite yet. I am sure it will."

The 31-year-old, who has now missed out on qualification for the Open 10 times, finished on 16 under at Castle Stuart - a shot behind Singh and Molinari.

Warren's countrymen Peter Whiteford and Martin Laird finished on 14 under and 12 under respectively, fellow Scot Stephen Gallacher was one shot further behind Laird and Alastair Forsyth ended on 10 under.

A disappointing final round of 80 meant Scottish amateur Jack McDonald finished on par.