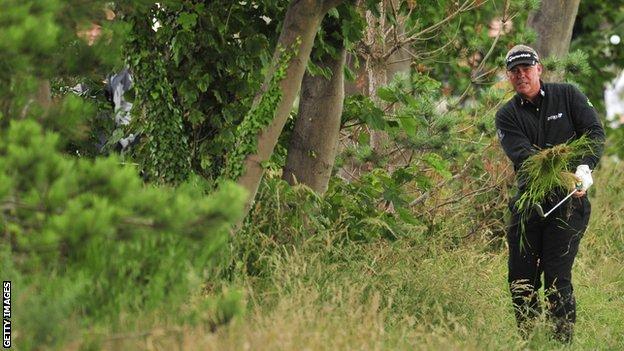 Northern Irishman Darren Clarke was "disgusted with himself" after a disappointing six-over-par 76 on day one at Royal Lytham & St Annes.

The Open champion made just one birdie and holed seven bogeys, having had the chance to go one under on the first.

It leaves the 43-year-old with a mammoth task to retain the title he won at Royal St George's last year.

"Coming up the last I thought how did I manage to win this?. I don't think you could publish my thoughts," he said.

"It's The Open - the biggest and best championship in the world - and the course is so benign, but I couldn't save or gain any momentum. It was a bad day at the office.

"The crowds were great and showed their support, but unfortunately I couldn't reciprocate."

Clarke will attempt to make amends when he starts his second round at 14:10 BST on Friday.