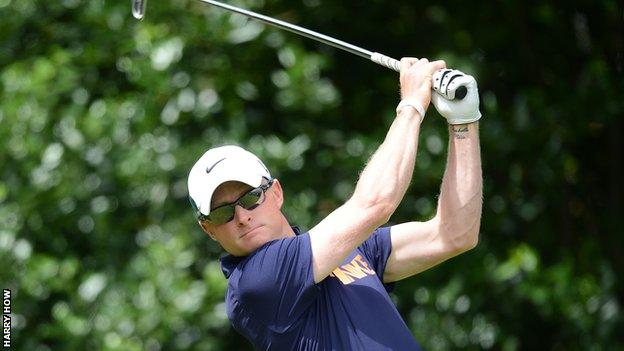 Simon Dyson, leading Englishman at last year's Open, may have a battle to make the cut at Royal Lytham & St Annes after an opening round two-over 72.

And fellow Yorkshireman Richard Finch is also at risk after a four-over 74.

Finch did not hit a birdie but knocked out 14 straight pars after a triple bogey seven at the third, followed by another dropped shot at the fourth.

Dyson started well, birdieing the third, but was rocked by a double bogey six at the eighth.

Finch is off again at 8:09 BST for his second round on Friday morning, Dyson going out in the next group at 08:20 BST.