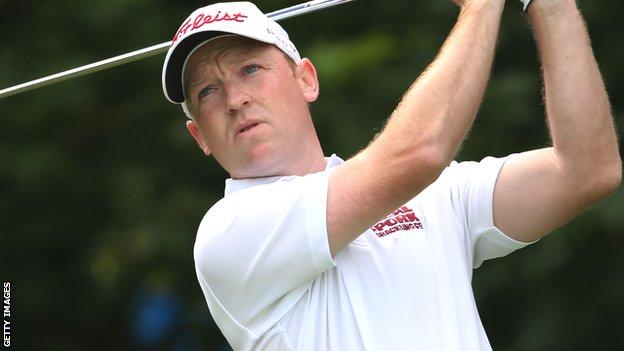 Ian Keenan was left feeling "shellshocked" after running up a six-over 76 at Royal Lytham & St Annes on his Open Championship debut.

"I don't know how I managed to shoot six over," the Royal Liverpool pro told BBC Radio Merseyside.

"It was a wonderful experience. I'm a bit shellshocked as I felt I played for the most part some really good golf.

"But I couldn't buy a putt and instead I shoot 76, I'm way down the pack and needing a low one tomorrow."

Keenan will be back out there at 10:48 BST hoping that he can find his touch with his putter.

"The 15th summed up my round," he said. "I had a putt to go back to two over. Instead, I three-putted, then bogeyed the last two and now I'm way down the list.

"The later starters got the worst of the weather but that's part and parcel of links golf.

"I hit a lot of good shots today and, if I can do that again tomorrow, then maybe I can shoot a good score."