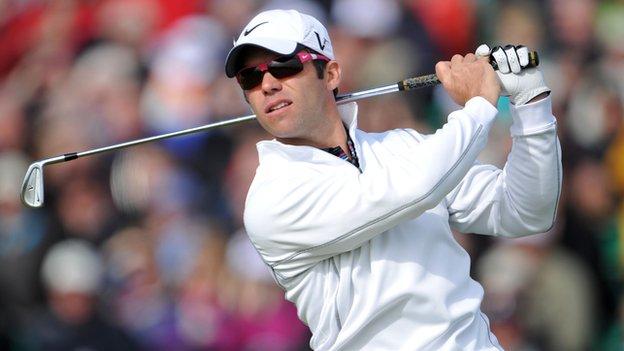 Paul Casey crashed out of the Open with a nine-over 79 as he struggled on the back nine at Royal Lytham & St Annes for the second day running.

Following his first day 72, Casey got an early shot back with a birdie at the par four second.

But, after a bogey at the sixth, he then ran up three triple bogeys in the space of six holes.

That saw the Cheltenham-born, Surrey-based Ryder Cup player come home in 43 to comfortably miss the cut.

Just as on Thursday, when he birdied four of the first eight holes on the way to standing three under on the 13th tee, Casey made a good start, birdieing the second.

But, after a year of injuries, Casey will now have to look to the big events in the second half of the US Tour season to salvage something from 2012.