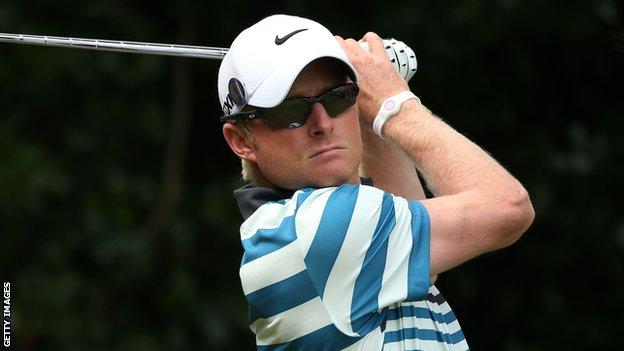 Simon Dyson is still hoping for another decent Open finish after fighting back well on day three.

The Yorkshireman struggled on the front nine, dropping shots at three, four and six, before bogeying again at 11.

He then strung together six straight pars before birdieing at 18 to card a 73 - on two over for the Championship.

"I played better than I scored. I only hit one bad shot on 11 when I pulled it into a bush and did well to get a six," he told BBC Radio York.

"But, once again, the putts did not drop and I just have to hope I can find my touch on the greens tomorrow."

Dyson, the leading Englishman at Sandwich in 2011, knows that he may have to shoot a low score in Sunday's final round at Royal Lytham & St Annes to claim that honour again.

"I've been battling a cold all week," the 34-year-old added. "But I know I'm capable of a good score if I can hole some putts."