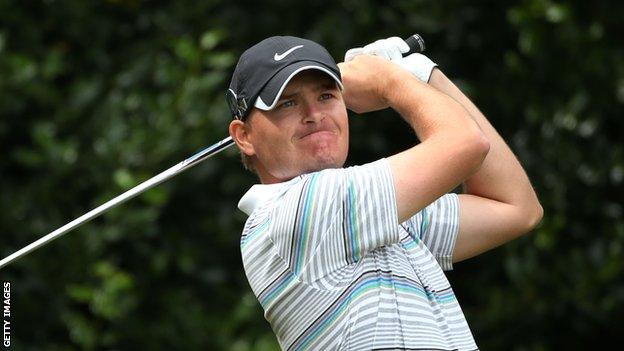 James Morrison shot a second successive round of 72 to end his Open Championship on a slightly sour note.

But the Weybridge golfer ended the tournament in a tie for 23rd on two over par and was left hungry for more.

He told BBC Surrey: "That feeling coming down 18 is what you play golf for. You'd like to bottle that up and keep it forever.

"I want to be here again and for years to come. And this will make me work that bit harder to do just that."

The 27-year-old added: "It was a great experience playing here for the first time.

"The European Tour is strong but this is the next step up and to finish tied for 23rd, I'm over the moon."

Morrison ran up five straight pars before a bogey at the sixth was followed by a birdie at the eighth.

"In wind like that, plus two was level par and to score that on a Sunday afternoon, I'd have taken that," he continued.

"I can only wonder what would have happened if I had holed a few putts this week.

"I've been good tee to green but the putter was cold, when usually it's quite hot.

"I've now done five weeks on the trot since qualifying at Sunningdale and, after this, I've got four weeks off. But I can't wait to get going again."