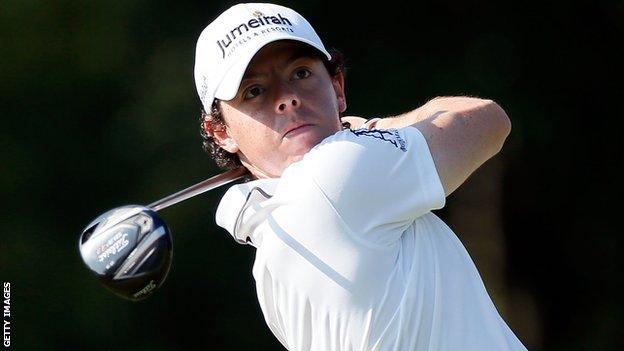 Rory McIlroy finished in a tie for fifth at the Bridgestone Invitational in Ohio after firing a two-under-par 68 in Sunday's final round.

The Holywood player ended on eight under following a round which included three birdies and a bogey.

Portrush's Graeme McDowell had a double-bogey seven on the second as he carded a 72 to finish joint 24th at Firestone on one under.

American Keegan Bradley won the tournament by a shot on 13 under.