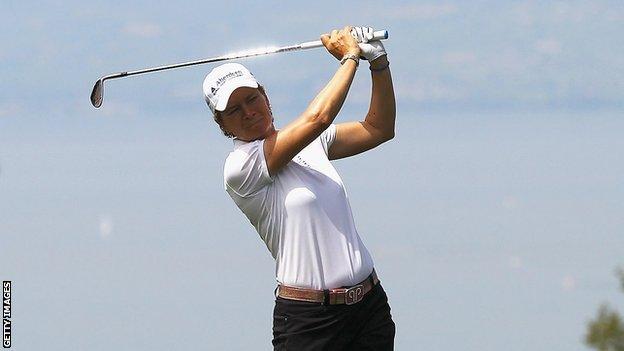 Scotland's Catriona Matthew won the Ladies Irish Open by a single shot after posting her second 71 of the three-day event at Killeen Castle.

Matthew, who opened with a 67 on Friday, finished on seven under ahead of Norway's Suzann Pettersen.

"It's always difficult going out in the lead. I was just kind of trotting along there at seven under and saw Suzann making some birdies.

"I made a good birdie on 15 and then the one on 17 just gave a little bit of a cushion coming up the last, which was nice.

"I knew I had a two shot lead and I had seen what Suzann had done on 17 and 18 so I knew she was two behind so I reckoned I could make five from there."