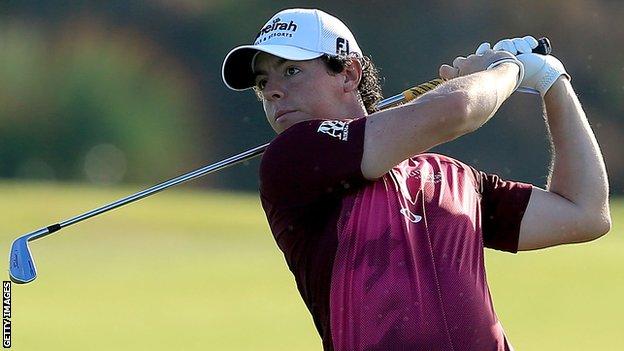 Rory McIlroy made an impressive start to the US PGA Championship as his five-under-par 67 gave him a share of the clubhouse lead at Kiawah Island.

McIlroy didn't drop a shot in a five-birdie round as he matched Gary Woodland's 67 although Dutchman Joost Luiten was eight under after 14.

Darren Clarke had to be content with a 73 which included an eagle and a double-bogey.

The thunderstorms of earlier in the week gave way to dry and boiling hot conditions for the start of the season's final major.

After starting at the 10th, McIlroy picked up three birdies in his opening six holes before getting a slice of luck at the short 17th.

A pulled tee shot looked set for trouble but it rebounded off a spectator into a greenside bunker and McIlroy got up and down for par.

Further birdies followed at the second and sixth as McIlroy kept a bogey off his card.

Clarke also started at the 10th and was in early trouble after a double bogey at the long 11th.

Birdies at the 15th and 17th improved Clarke to level par at the turn but his form then nosedived as he had three successive bogeys from the second.

An eagle three at the seventh undid some of the damage but Clarke was still well off the pace in South Carolina.