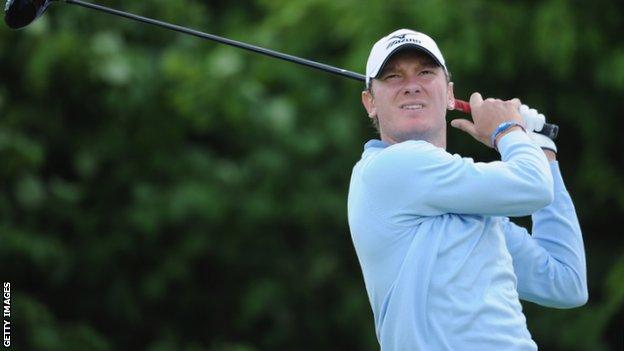 Nailsea's Chris Wood has said he was relieved to secure his first professional win.

The 24-year-old, who has been in the professional game for four years, claimed a two-shot victory at the Thailand Open on Sunday.

"I've finished second three times on the European tour so to get the first one off my back is a big relief," Wood told BBC Radio Bristol.

"Hopefully I can take that bit of form in to the rest of the year."

Wood first came to prominence as an amateur when he finished joint-fifth alongside Jim Furyk at The Open in 2008.

A year later, he returned as a professional and finished joint-third with Lee Westwood.

After Wood's success in Asia, which earned him £115,000 in prize money, his focus will now move to winning a maiden European Tour title.

"I played exactly how I had done all season but I just hadn't taken my chances," he added.

"When you see other players - your mates - winning tournaments and you're at least as good as them you do start to wonder when it's going to happen.

"The first one is the hardest and now I know I can do it, so there's no reason there can't be more to come.

"Hopefully I've turned a corner and it will keep me going now."