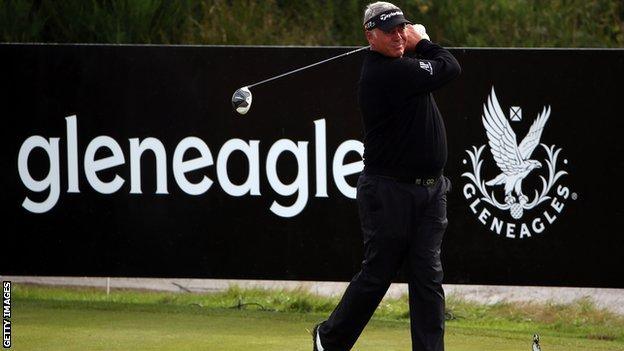 Clarke's poor form continued was his 72 left him three shots outside the cut on three over.

Michael Hoey (74) and Gareth Maybin (75) both missed out by one shot with Hoey once again cursing a double bogey at the 16th.

Hoey was penalised two shots at the hole on Thursday for an illegal drop.

The Belfast man's round also on Friday included four birdies and four bogeys.

Clarke, who fired an opening 75, has only made three cuts in 2012, including the US PGA championship and the Irish Open at Royal Portrush.

Maybin could manage only a solitary birdie and his fate was sealed by a bogey at his final hole, the par-five ninth, which was his fourth dropped shot of the day.

Simon Thornton (69), Peter Lawrie (72) and Damien McGrane (71) all squeezed into the final two rounds on the cut mark of level par but Paul McGinley missed out after a 76 left him on five over.