Furyk, 42, will be playing in his eighth Ryder Cup while Stricker, 45, has played twice and Johnson, 28, once. Snedeker, 33, will make his debut.

"There's four great players we have picked that bring a lot to the team, but it was a tough call," Love said. 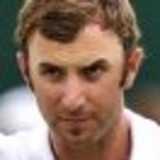 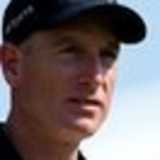 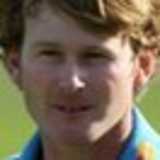 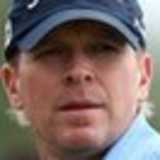 The US play holders Europe at Medinah near Chicago from 28-30 September.

Hunter Mahan, Rickie Fowler and Nick Watney were in contention for wildcard places but missed out.

Love said he chose Stricker and Furyk to add some experience to a team which has four Ryder Cup rookies.

"Stricker has been the best player in my mind on tour the last five or six years. He's another guy that pairs well with anybody and another great putter, and he's somebody I really trust on and off the course - he's been a great asset to me already getting prepared for this day."

Stricker is regarded as an ideal partner for 14-time major winner Woods, while Furyk, whose first Ryder Cup was in 1997, is considered compatible with anyone.

Furyk said: "I've had the opportunity to play in quite a few Ryder Cups but Davis has been a good friend, someone we all respect and look up to.

"It'll be fun playing for one of the guys that I've played a lot of years on the PGA Tour with. I'm looking forward to it, I couldn't be more excited."

Stricker added: "It's a tremendous lot of fun trying to get that one common goal and win that cup back. It's what we're all appearing for and I'm looking forward to it."

The 48-year-old Love, who played on six Ryder Cup teams from 1993-2004, will have four assistant captains in Fred Couples, Mike Hulbert, Scott Verplank and Jeff Sluman.

Europe have beaten the US in four of the past five competitions.