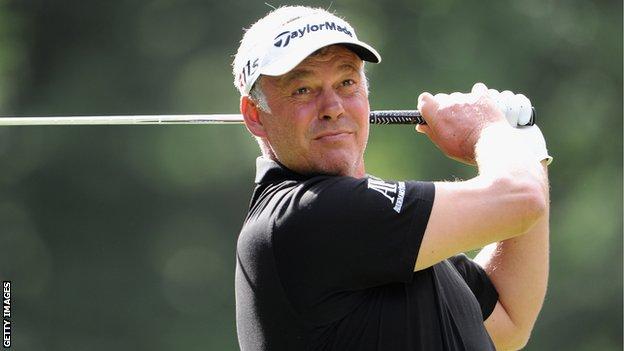 Darren Clarke carded a level-par 70 on Sunday to finish joint 32nd at the KLM Open in the Netherlands.

The former Open champion carded three birdies and three bogeys to end the tournament on three under, 11 shots behind winner Peter Hanson of Sweden.

Ballyclare's Gareth Maybin slipped to six over after a 72 while Damien McGrane was the best of the Irish on four under following a 69.

Co Down based Simon Thornton shot a 75 at Hilversum to finish on two under.