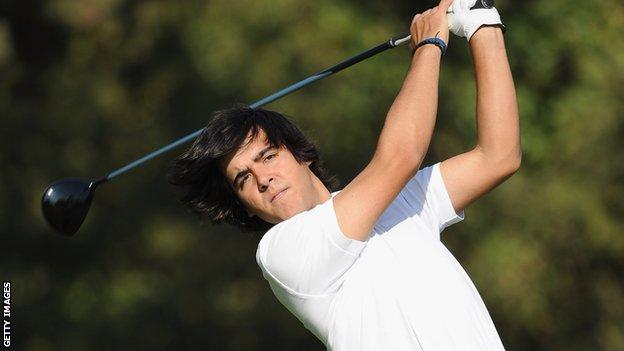 The 22-year-old, a law student in Madrid, finished six under par to win by four shots.

He dedicated the victory to his late father, a five-time major champion, who died aged 54 in May 2011 after a long battle with cancer.

"My father always told me that you have to play with what you've got, and that's what I did," Javier said.

"I thought about him a lot during the 18 holes and I dedicate this victory to him and my mother."

The victory in Madrid is the biggest to date for Javier, who has delayed a decision on turning professional until after he completes his law studies at the city's Complutense University.

He made his first appearance in a professional event at the Peugeot Alps de Barcelona tournament in April and finished tied for 12th, 12 shots behind winner Pablo Larrazabal, after a final round of 68.

He also played for Europe at eight Ryder Cups, and captained them to victory in his native Spain in 1997.